We will be returning to Legends Sports & 80s Bar on Friday 21st September for the next Witham Business Network Group meeting.

Michel Bailey from Essex Business Machines will be your host as I will be on a beach! 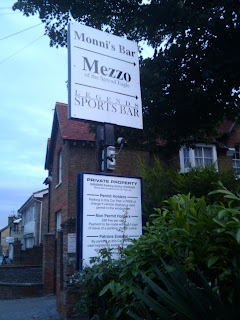 BBQ this Friday 7th September - Change of Venue for one meeting

Tony Deighton from Black Cat Energy Ltd has kindly offered to host / sponsor  a BBQ for the Group plus partners etc.

Venue :  52 Powers Hall End, Witham which is situated on the South-East corner of the junction between Spa Road and Powers Hall End (for those without a compass that's the corner nearest the station and town centre)

People only need to bring themselves, except where their diet is such that they don't eat meat, in which case they ought to bring something Tony can cook on the BBQ for them.
Tony intends to cook a couple of legs of lamb (sounds weird to cook on a BBQ I know, but it works very well and is a lot easier to cook for a multitude than 4 trillion sausages), plus some chicken.  It will be served with a salad and french sticks etc.
Tony has offered to provide copious amounts of red and white wine, and beer (lager and ale), plus soft drinks (lemonade, coke and orange juice).
As the purpose is to reduce the amount of wine filling up Tonys garage, it is best to arrive without car keys, but those who have to drive can either park on his driveway (large) or if not enough room can park in a free public car park about 200m away off Spa Road - map available on request.
RSVP to ian@divadani.com to help Tony with catering arrangements.
.
Posted by Ian Cass at 00:12 1 comment: